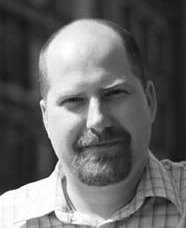 Ondrej graduated from the Faculty of Mathematics and Physics at Charles University in Prague, majoring in Computer Science, and the University of Pittsburgh - Joseph M. Katz Graduate School of Business (MBA). During his studies at Charles University, he began working at IPEX Inc., where he later worked as a technical director and board member. Since December 2004 Ondrej has been executive director of the association. Besides the performance of his duties in the CZ.NIC he is also active on the boards of the Association NIX.CZ (Neutral Internet Exchange), Euro-IX (European Internet Exchange Association), and DNS OARC (The Domain Name System Analysis and Operations Research Center), of which he is chairman. In the past, Andrew served as an active board member of ccNSO (Country Code Names Supporting Organisation) within ICANN (ICANN); He currently sits in a significant and prestigious Advisory Committee on Safety and Stability (SSAC). Ondrej Filip also worked in the Multistakeholder Advisory Group, an advisory body to the UN Secretary General for Internet Governance Forum. In his spare time he enjoys playing basketball or programs opensource software. Ondrej speaks fluent English, he also speaks German. 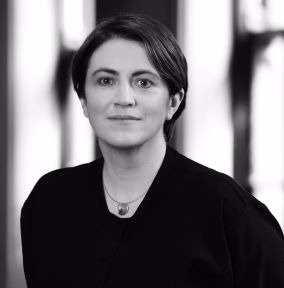 Eileen oversees the membership and community development at INEX, the internet peering point for the island of Ireland. Having joined INEX in 2005, Eileen works with members, the broader internet community in Ireland and the relevant Government departments to highlight INEX's role in the Irish and international internet landscape and the benefits of peering. She initiated and leads the quarterly INEX meetings, bringing national and international speakers on internet and technology related topics to Dublin. Eileen has also been instrumental in hosting and supporting a number of international industry meetings in Ireland including Euro-IX in Dublin and Galway, RIPE, ICANN and the European Peering Forum.
Eileen joined INEX when there were 18 members and has been part of the team building it, with effective outreach work and the development of the IXP Manager platform, to become one of the most widely known and respected IXPs in the world with over 130 members currently. The INEX developed IXP Manager platform is now enabling over 60 IXPs around the world.
Prior to returning to Ireland and joining INEX, Eileen worked as a director in the technology public relations industry in London, where she lived for 12 years. 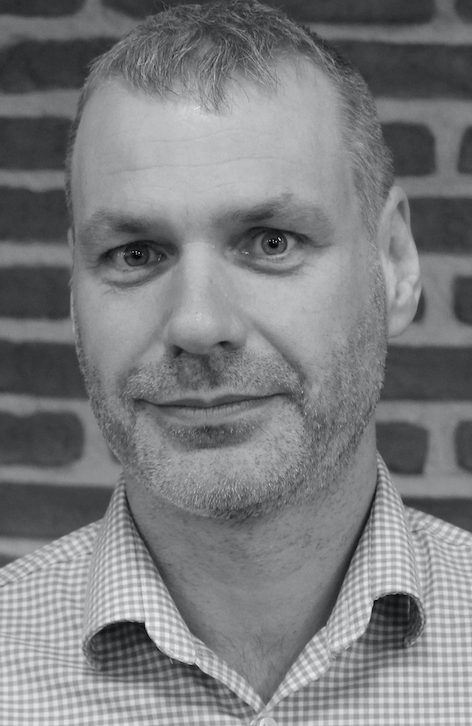 Andy Davidson is a Director at two Internet Exchange points in the UK (Asteroid since 2017 and IXLeeds, which he co-founded in 2010). Previously, Andy was a Director at LONAP from 2007 - 2017. He is also a member of NapAfrica's IX advisory council in South Africa. He's happy to say all of these organisations are Euro-IX members! Andy has delivered IX operator training courses across Africa, Asia and the Middle East, and supported many peering education/advocacy events all over the world. Andy served on the Programme Committee for UKNOF (a Network Operator education forum in the UK) between 2007 and summer 2013, and was Co-chair of RIPE's Internet Exchange working group between 2009 and September 2013. He has helped to deliver a number of successful Euro-IX initiatives including the project to measure the capabilities of route-server daemons and improve the stability of route-servers at exchange points. 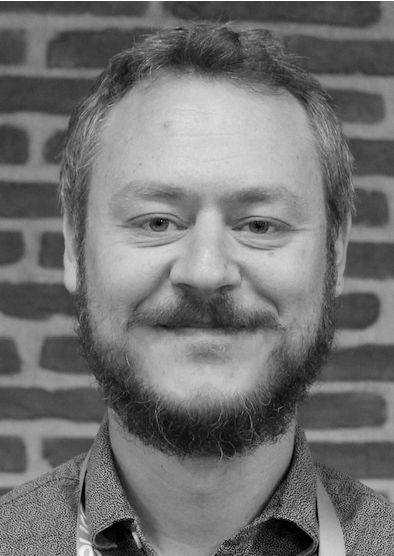 Michalis graduated with a diploma in Computer Engineering from the University of Patras, Greece followed by a Master in Science (MSc) in Computer Science and Engineering from the same University in 2004 and 2006 respectively.
During his studies he has been involved as a network engineer in the operation and development of Greek Schools Network (GSN), a nation-wide network interconnecting schools and providing novel services to them, in the Greek domain. During his days at GSN, he participated in various technical milestones (early IPv6 adoption (2004), FTTx design and installation (2006)) of the network.
In 2016, he affiliated with the University of Patras / School of Electrical & Computer Engineering where he served as the manager of IT department and taught computer networks to university students, looking to impart his knowledge and experience to future engineers.
Since 2018, he leads the efforts of GR-IX, the neutral and independent Internet exchange in Greece, which is owned and run by the Greek NREN (GRNET). He is responsible for the development of the exchange and the introduction of new services to its members. Just after he joined the GR-IX team, he took part in the establishment of the second separate infrastructure of GR-IX besides Athens, introducing GR-IX::Thessaloniki.
Michalis participates and contributes to various Internet related conferences and forums, promoting a bigger and safer Internet. He was also one of the founders of Greek Network Operators’ Group (GRNOG) and serves as a board member, working on a voluntarily basis, towards the evolution and growth of Greek Internet.

In 2008, Kay started operating internet infrastructure on behalf of a German NGO and quickly got absorbed into the operational community of the Internet. With his move to Berlin in 2009 he started working for Netsign which provided IT consulting to major ISPs and hosting providers. His work focused on large-scale deployment and system architecture.In 2010 Kay joined ECIX as a network engineer where he supported the business with daily operations, eventually becoming CTO in 2014. Responsibilities included managing the NOC and Engineering teams, ensuring reliable operation of the ECIX peering platform and scaling the platform to ensure it delivers the high bandwidth required for current and future applications. With the acquisition of ECIX by Megaport, Kay became responsible for the development of the global network infrastructure. He led engineering at Megaport until 2017.

In 2018, Kay stepped down from his role as CTO at ECIX and left Megaport to join the Network Architecture Team at Akamai. Akamai’s Network Architecture Team is responsible for creating technical standards, design of network and clusters, building and keeping relationships with major networks and growing interconnection on a global scale. During 2018 Kay got elected as a Board Member of BCIX and is representing the Berlin based IXP since then in the community and at Euro-IX while focusing on the technical and strategic developments of the organisation.

Kay is also an enthusiastic member of the (inter)national Internet community and involved in several associations for the good of the Internet. He supports various large Internet related conferences and has managed a NOC that built large scale networks supporting over 15.000 concurrent users at unusual temporary locations. 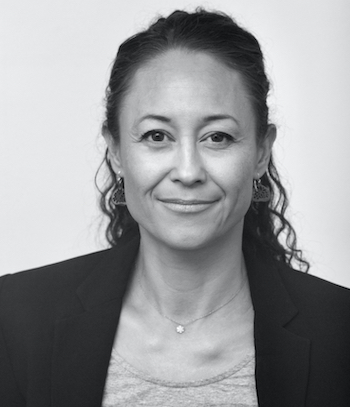 Nurani is the Head of Global Engagement at the London Internet Exchange (LINX), one of the largest Internet exchange points in the world, connecting close to 1000 networks from over 80 countries around the globe. At LINX she oversees the LINX Global Strategy and Global Partnerships. Nurani also serves on the Euro-IX board, the association coordinating all IXPs in Europe and beyond.She is the former Chief Commercial Officer at Asteroid International, which builds IXPs and managed IXP solutions around the world. Before that, she was the Head of Outreach and Communications at Netnod, where she oversaw all external communications, business development, and Internet policy.

Nurani is deeply involved with Internet policy and Internet governance issues globally, and works on a broader level with Internet operational matters, including Internet exchange points, interconnection, and infrastructure.

Nurani has been an active contributor in the Internet community for two decades, participating in and speaking at international Internet  conferences globally. She has served on several Advisory Councils for Internet  governance and address policy matters, including the UN's Internet Governance Forum (IGF) Multistakeholder Advisory Group (MAG), and has been invited to be part of Swedish government delegations to international UN conferences. She is currently serving on the ICANN ASO Advisory Council and is the chair of the IANA Numbering Services Review Committee. 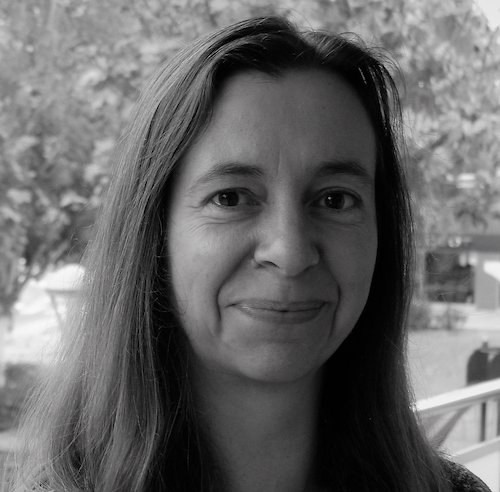 Maria Isabel Gandía is the Communications Manager at CSUC (Consortium for University Services in Catalonia), in charge of the management of the Internet Exchange, CATNIX, and the Research and Education Network, Anella Científica. She has been involved in CATNIX since its inception, in 1999, helping to make it grow, both from the technical and the human sides. She is passionate about networks and technology and very involved in the Internet community at several levels for many years: she is one of the founding members of the ESNOG association and a regular collaborator and organiser of the meetings; she has enjoyed being a member of the RIPE PC for 4 years, acting as a vice-chair in the last two; and she is also a member of the SIG-NOC steering committee in the Géant community (Special Interest Group – Network Operation Centres).

Maria Isabel has been involved in the Euro-IX Association from its creation, hosting the 1st and the 30th Euro-IX Forum, is an active member of the Benchmarking Club Steering Committee for seven years, collaborating in the IXPDB working group, and participating in several fora;as a presenter or round table member. She thinks the engagement of women in technology has to start from the childhood, to show girls they are as much welcome to work in these areas as their male colleagues. She has mentored several teams of girls to present their technology projects, not only creating applications, but also making business plans and presenting their innovation ideas to improve their communities in front of an audience (Technovation Challenge, Girls for a change). She has also helped musicians and dancers, organizing multisite performances and master classes from Barcelona, using the network to create art.

Regarding her background, Maria Isabel is a Telecommunications Engineer from the Universitat Politècnica de Catalunya and she is continuously updating her skills following courses (such as ITIL, TMF, etc). She began as a trainee at a non-profit organization called CESCA and evolved to a Network Technician, a Network Expert, a Technical Leader and finally the Head of the Networking Department at CSUC, the Consortium for University Services in Catalonia.